Frank Almeter has a lot of stories to tell. If you ever have time to sit down with this 79-year-old war veteran and longtime Wings of Hope pilot, ask him what first turned him on to flying. He’ll tell you it could have been the yellow J-3 that landed near his farm when he was a boy or the jet contrail he saw in the sky while herding dairy cows one afternoon.

“Or most likely it was my English teacher, Mrs. Ryan, who saw an airplane drawn on every paper that I handed in,” said Frank. “One day, she gave me several flying magazines. When reading them, I saw a full-page ad that said, ‘You Can Be An Air Force Pilot.’”

That was the beginning of a lifelong love affair with aviation that would take Frank through 30 years of service in the military — for which he earned the prestigious Silver Star — and 14 years flying humanitarian missions for Wings of Hope, which he calls “the most gratifying contribution I have ever experienced in aviation.”

Even though he turns 80 this September, Frank is still flying. As recently as November, he flew to our base in Nicaragua to replace an engine on our plane there. Frank has flown dozens of flights for Wings of Hope, mostly in support of the Medical Relief and Air Transport Program, but his most memorable was not a typical Wings of Hope flight.

“The one that stands out was a grandmother who was stranded in a nursing home in Gulfport, Mississippi, after Hurricane Katrina,” he said. “She was evacuated from the nursing home and needed to be flown to Columbus, Ohio … We loaded her onboard. She was frightened. I held her hand, gave her a big hug and told her that in four hours she would be with her children.”

The heat was so bad that the frail 95-year-old woman was fading fast. So Frank contacted the control tower and they were able to clear Frank for takeoff — with his passenger and all of her belongings. “That consisted of two small boxes and a 12-inch black-and-white TV,” he recalled.

When Frank landed, TV news reporters were everywhere. One asked Frank how he was feeling. He remembers crying and saying, “You don’t have to ask me, just look at her children.”

Thank you, Frank, for your years of selfless service to our country and to Wings of Hope. (And thank you, Mrs. Ryan, for giving Frank that stack of flying magazines!) 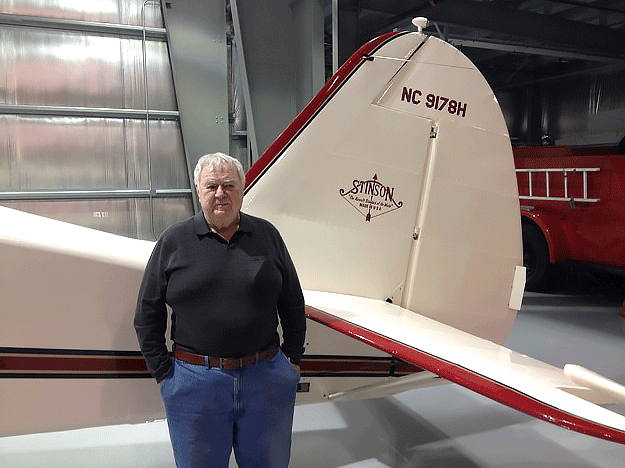